Sofex 2018. At this special operations forces exhibition in Jordan, wondrous machines were shown. And some, sadly, not on display but instead discarded.

From South Africa, it took a very long 14 hours with Qatar Airways to land in Amman, capital of the Hashemite Kingdom of Jordan. This is due to a flight path skirting several neighbouring Arab states that deny Qatar’s aircraft overflight rights.

It is with great pride that Jordan’s armed forces host the biennial event in May at the King Abdullah I air base in the north of Amman – now for the 12th time.

Towering over the static display this year was the Royal Jordanian Air Force’s recently acquired MIL Mi-26T2, the largest helicopter in the world. Built by Rostvertol, part of Russian Helicopters, it can lift 20 tons. The contrast with the Robinson R44 Raven parked alongside could not be more pronounced. 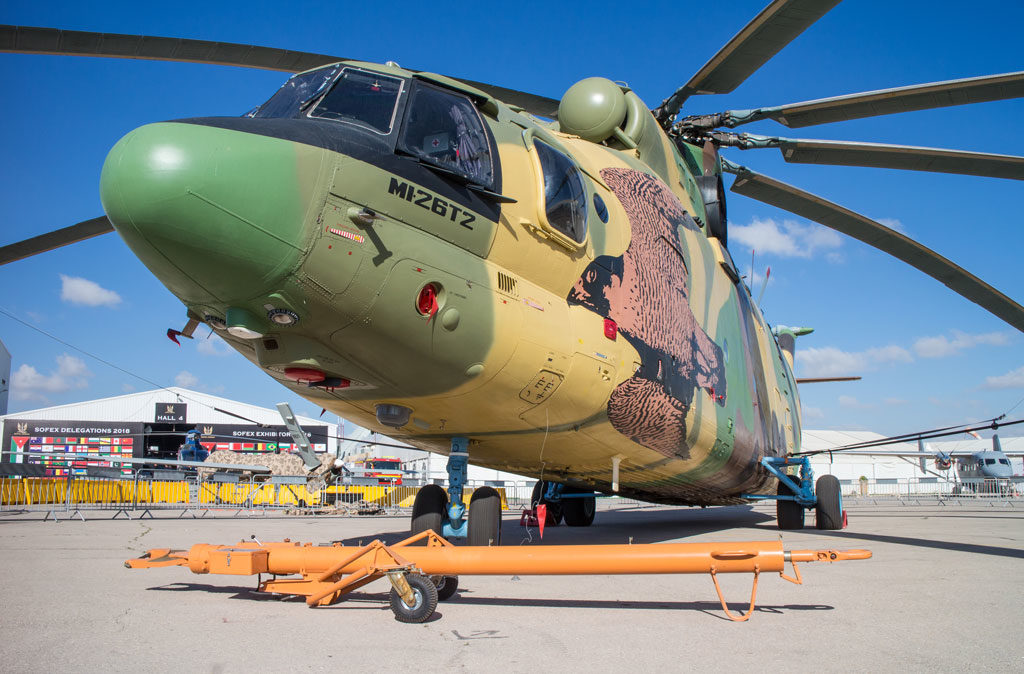 Immediately behind stood the Polish built PZL Mielec/Sikorsky M28 Skytruck utility aircraft, newly upgraded for tactical use by Jordan’s Quick Reaction Force. It is a short takeoff and landing (STOL) aircraft, demonstrated to land in 156m and taking off in 550m (1,800 feet). This nifty aircraft is derived from the Antonov An-28. The Mielec factory is now owned by Sikorsky, a Lockheed Martin company. 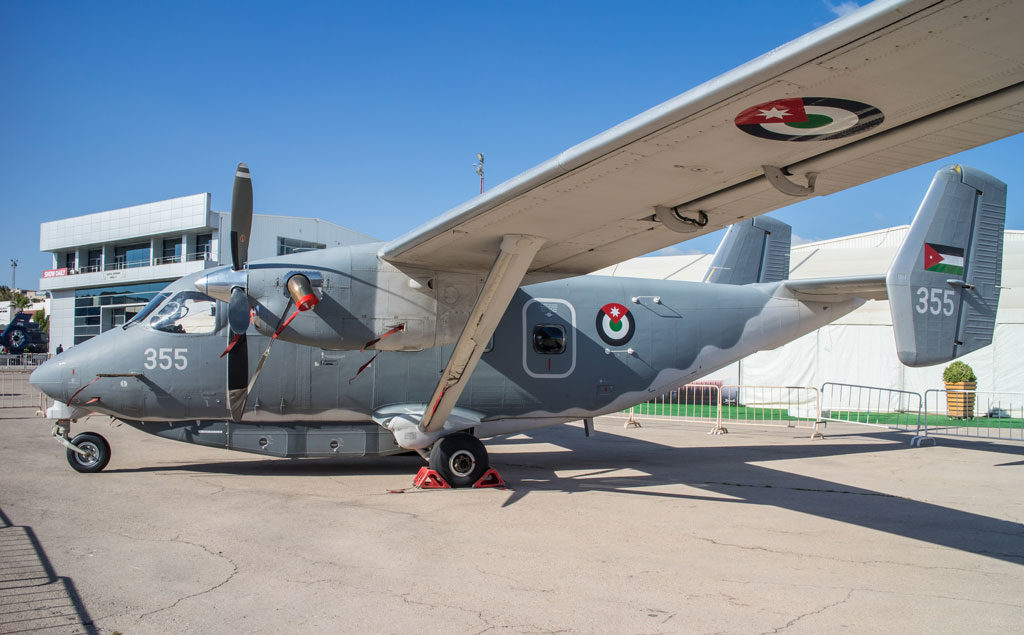 Other new aircraft on display were the Pilatus PC-21 and Grob G 120TP fixed-wing trainers. 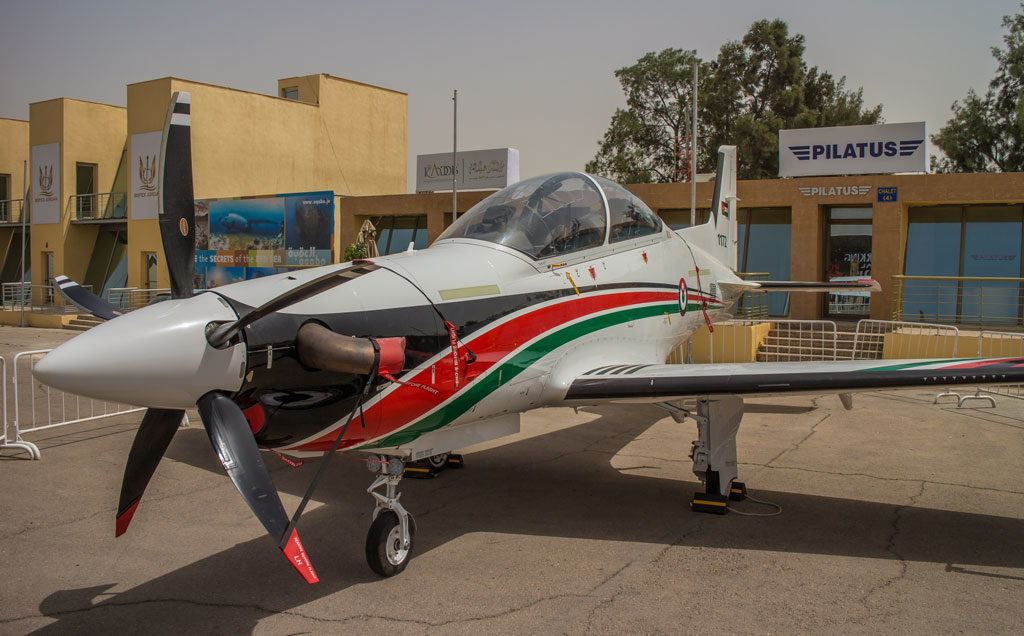 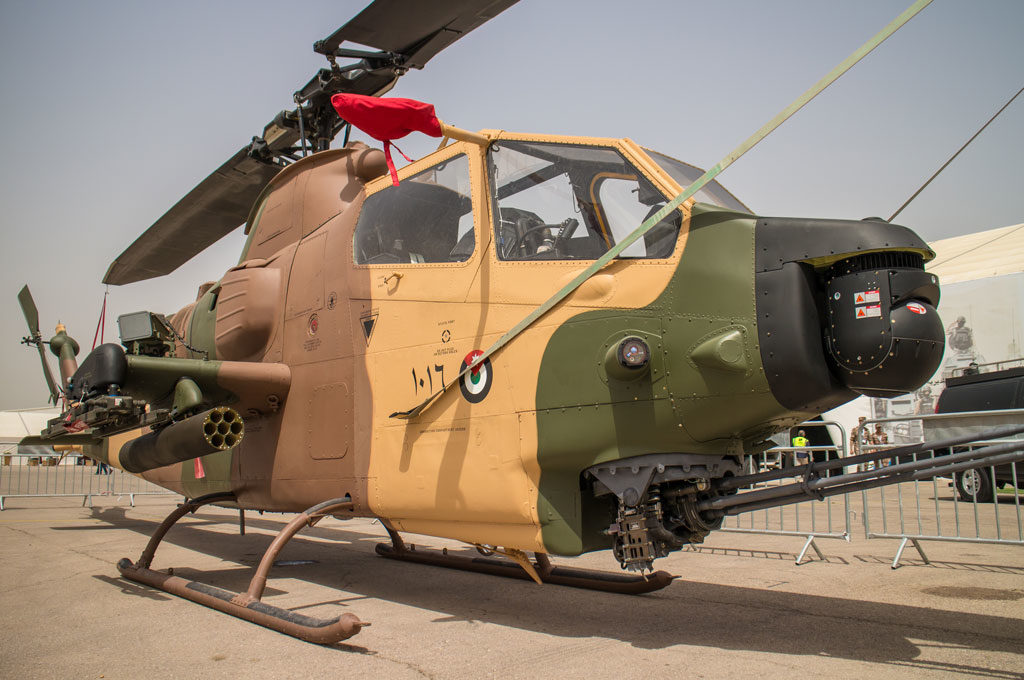 Jordan’s special operations forces utilise the UH-60L, seen during a simulated operation to neutralise ‘insurgents’ in a mockup townhouse. 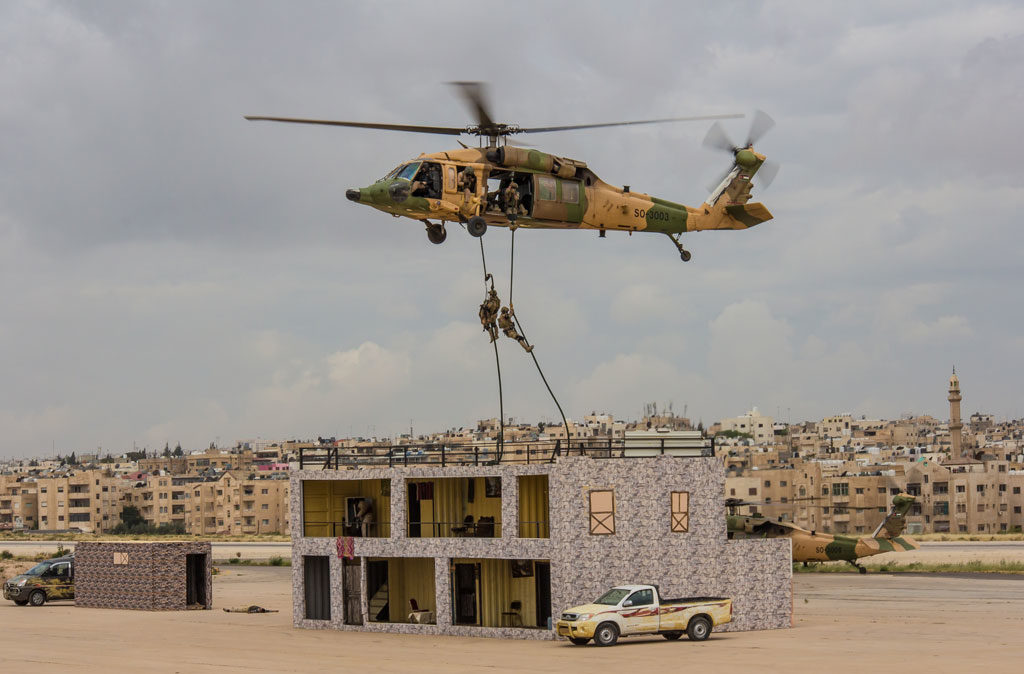 For armed light attack missions, the RJAF recently acquired an Air Tractor AT-802i from the United Arab Emirates (UAE). The first of six expected to fill the inventory, this aircraft was modified by Iomax in North Carolina, with the remainder now being upgraded in Jordan. 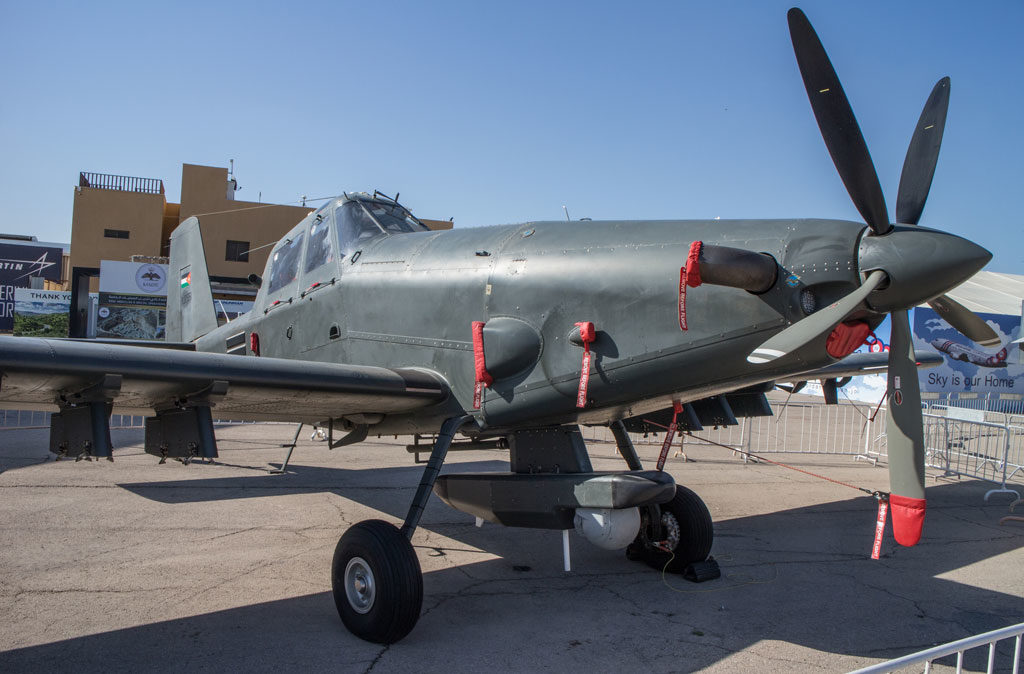 A US Marine Corps MV-22 Osprey came visiting, like it did two years ago – a rather weird-looking but effective part-helicopter, part-fixed-wing aircraft. 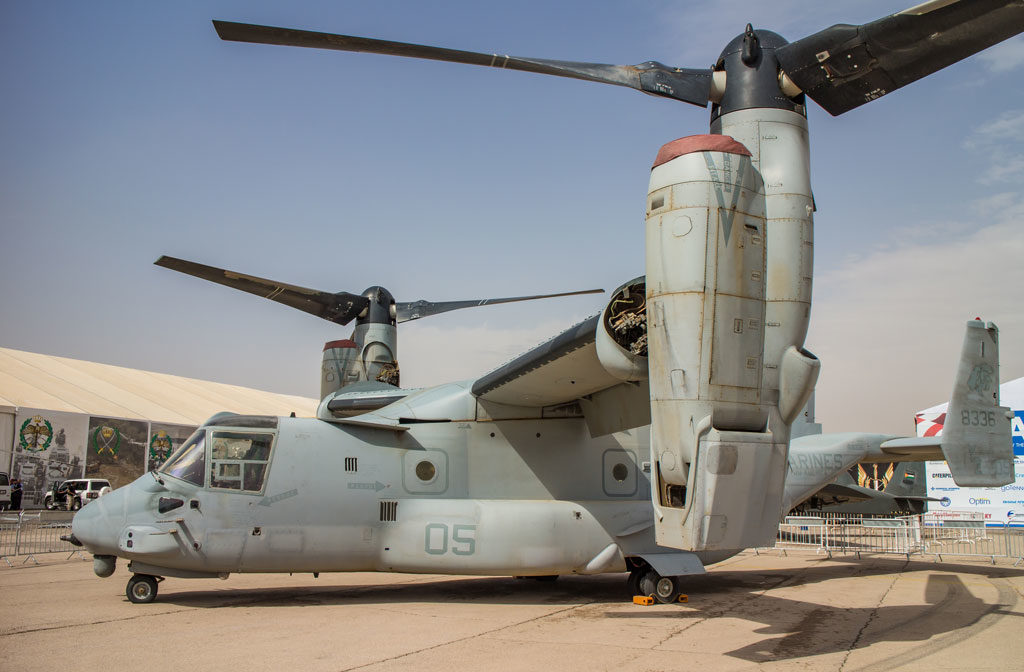 Numerous foreign military transports caught the eye taking off from the King Abdullah I air base at Marka. Turned out they came to collect their teams that had participated in the annual Warrior competition involving 25 nations at a desert base nearby. In quick succession they all left: a Sudan Air Force Antonov An-12, the Hellenic Air Force C-27J Spartan, a Kuwait Air Force Lockheed Martin KC-130J Super Hercules tanker, the Czech Air Force’s Airbus C-295 and a Kentucky Air Guard US Air Force C-130 Hercules. 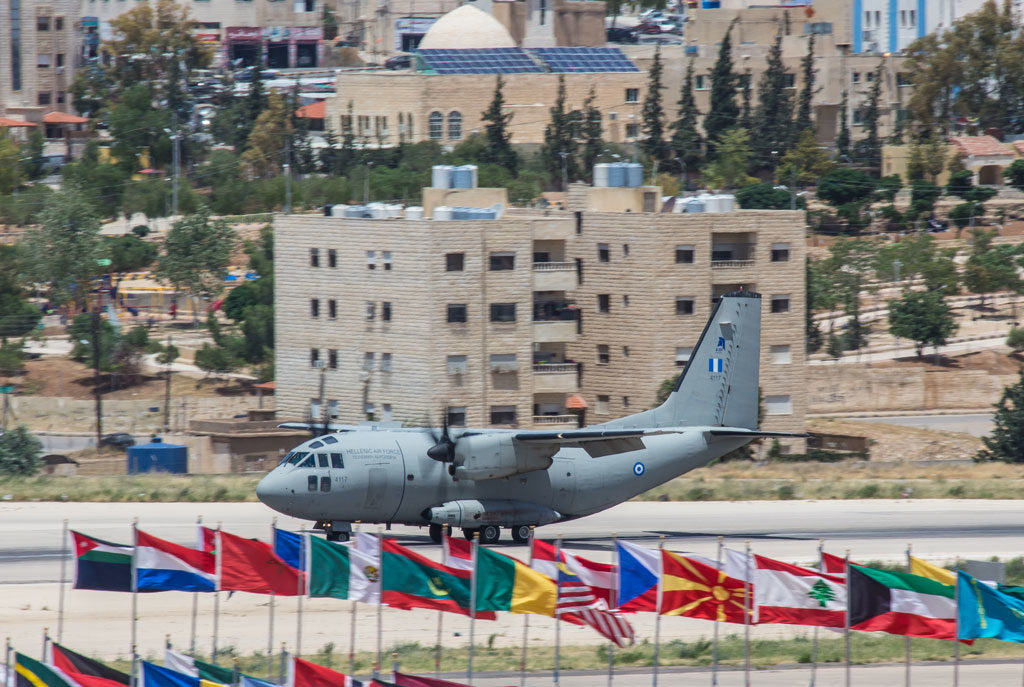 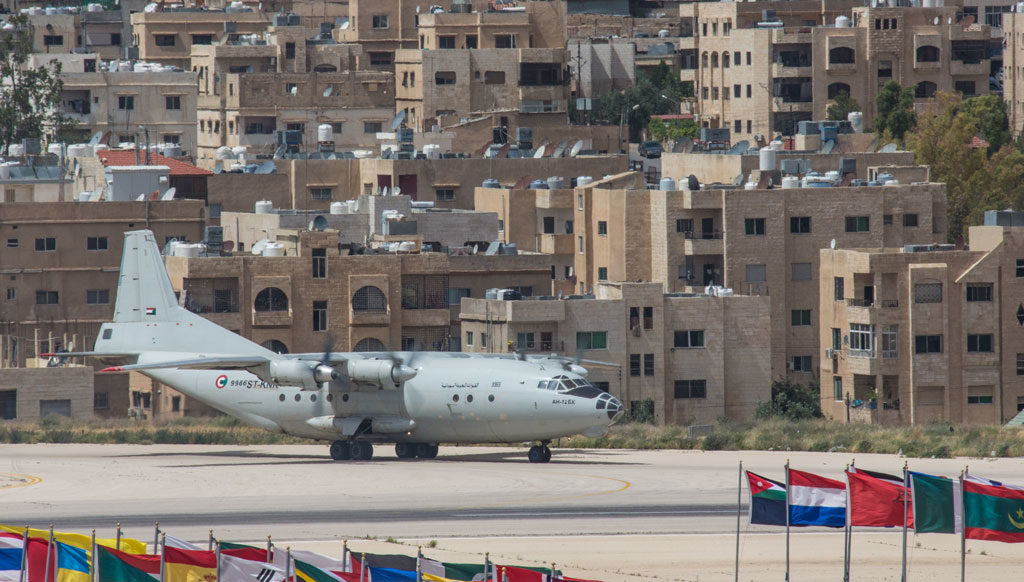 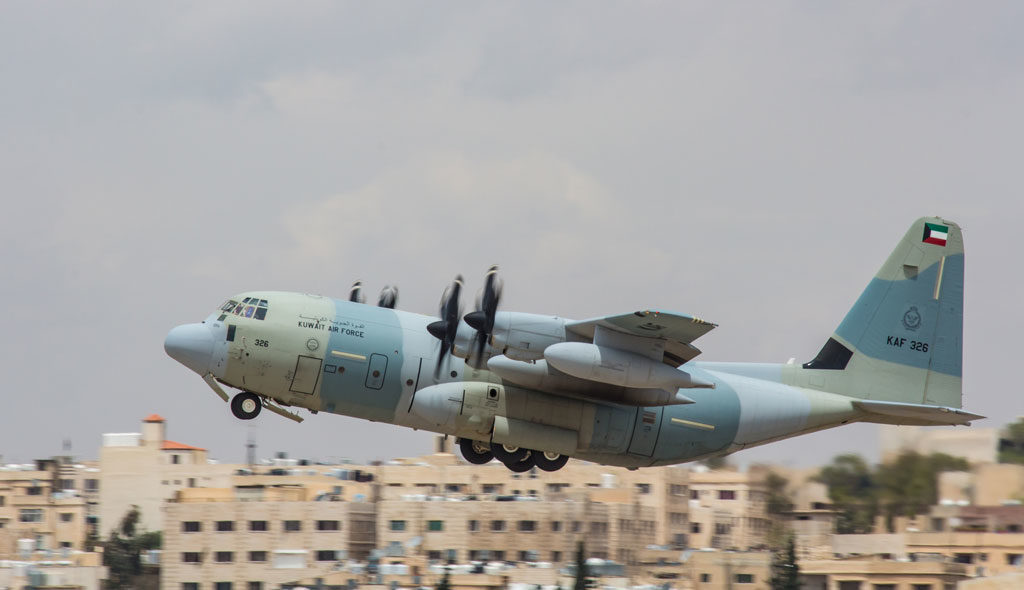 Just off site alongside a car park were a retired C-130 Hercules, a Boeing 727, a CASA C-212 Aviocar and a Lockheed F-104 Starfighter – many operated by the RJAF in years past. 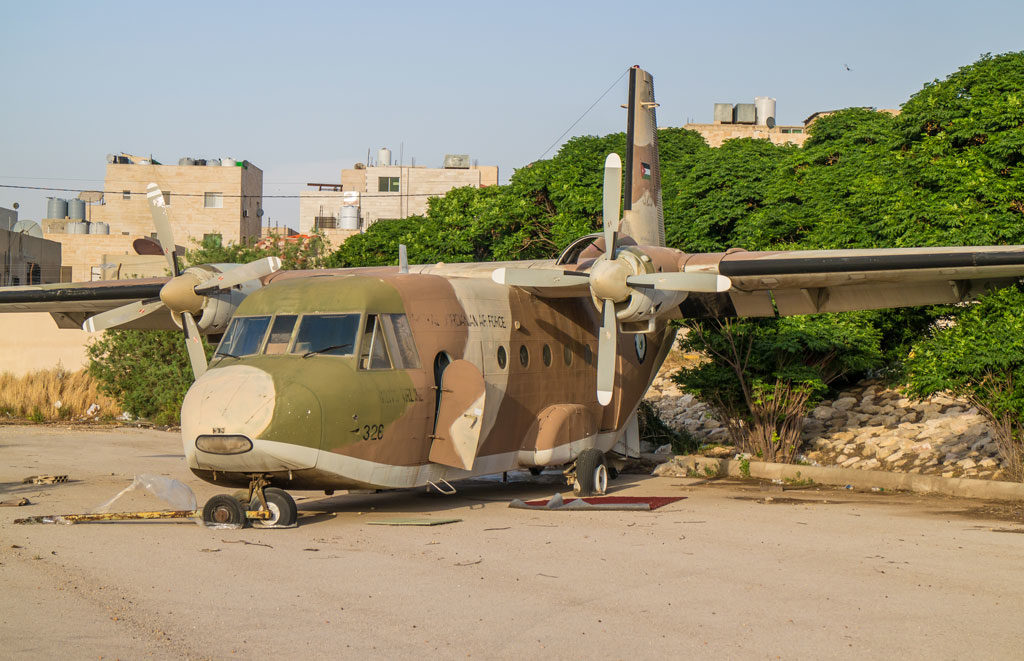 Two years ago, there was an Antonov An-32 and two C-130 Hercules. Only one Hercules now remains, with the Antonov also having been removed. At Sofex a travel poster for diving in the Red Sea shows a submerged C-130 Hercules. Could this be where the one Hercules has gone? 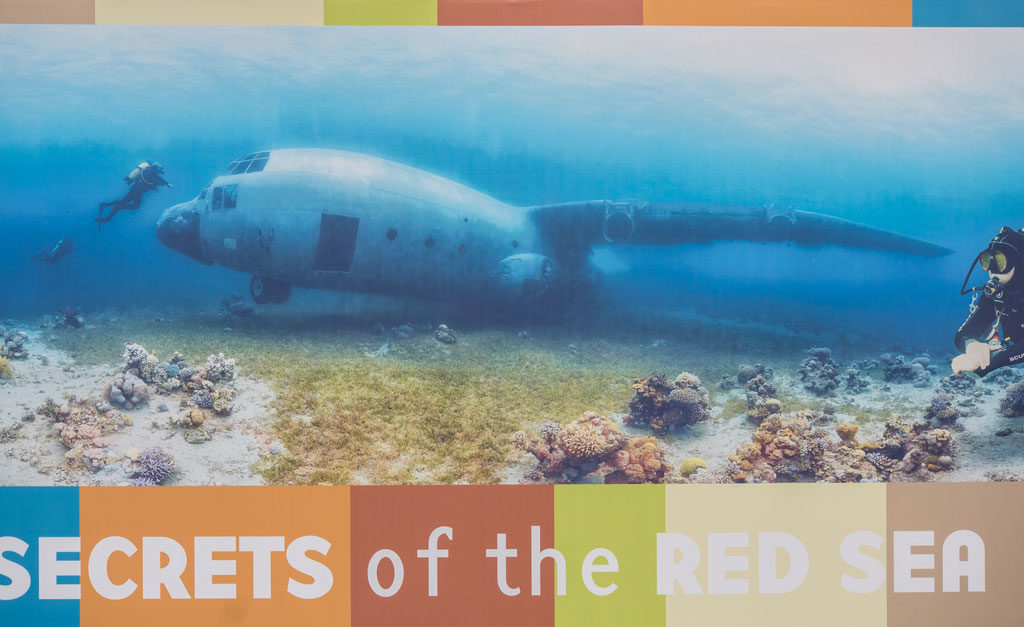 Four years ago there were, besides the pair of C-130 Hercules, several disused Bell UH-1 Iroquois helicopters, a Boeing 737 and four Hawker Hunter F.73 jets.

I sent details and photographs of the F-104 Starfighter to the Netherlands-based International F-104 Society, headed by Harry Prins, to establish if this aircraft was the F-104A with tail number 918 that was displayed at Marka airport, near where the Sofex exhibition is held. Hopefully Harry will be able to provide an answer. 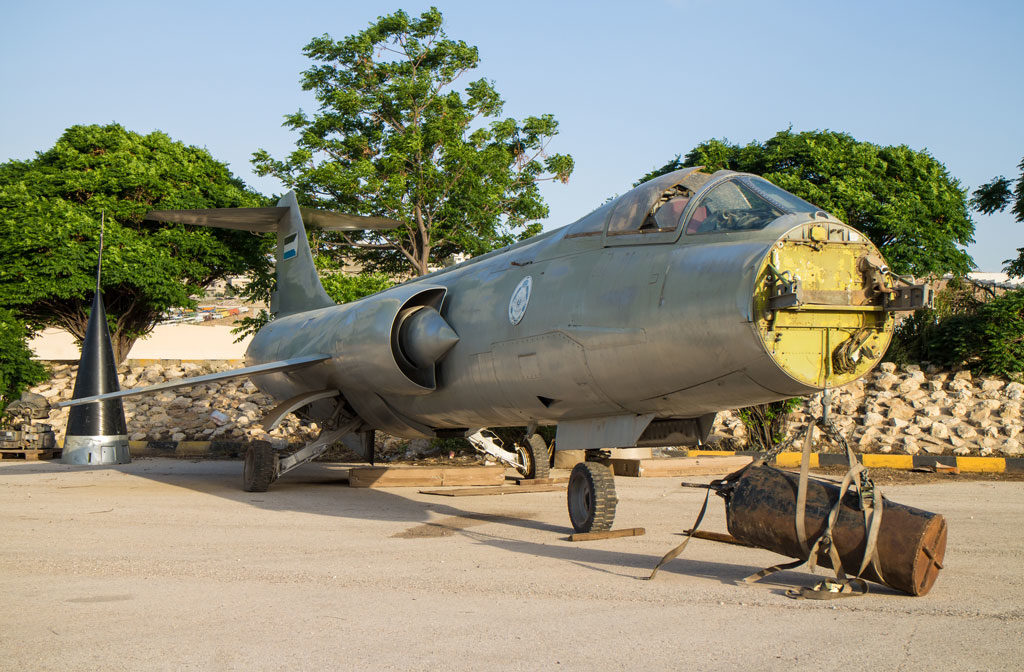 For any aviation enthusiast, this was sad: clearly not a display, but seemingly where old aircraft live their last days.