South Africa’s annual Armed Forces Day, traditionally held in February, actually extended over one week, culminating in an impressive mock battle and a military parade on 20 and 21 February 2018.  The country’s new President Cyril Ramaphosa, sworn in only days earlier, took the salute in the city of Kimberley. 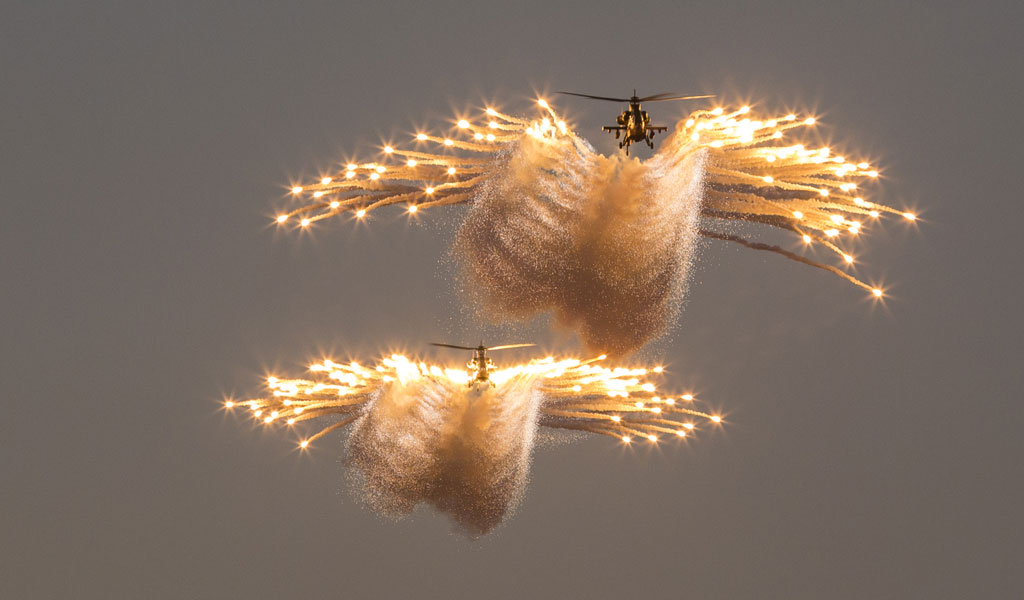 This year’s event coincided with the commemoration of the demise of SS Mendi, a troopship that sank in the English Channel on 21 February 1917 with the loss of 616 men.

On display at De Brug army battle training ground near Bloemfontein was an array of air assets in support of ground forces.  The latter comprised highly mobile mechanised infantry for which South Africa’s military have become renowned. 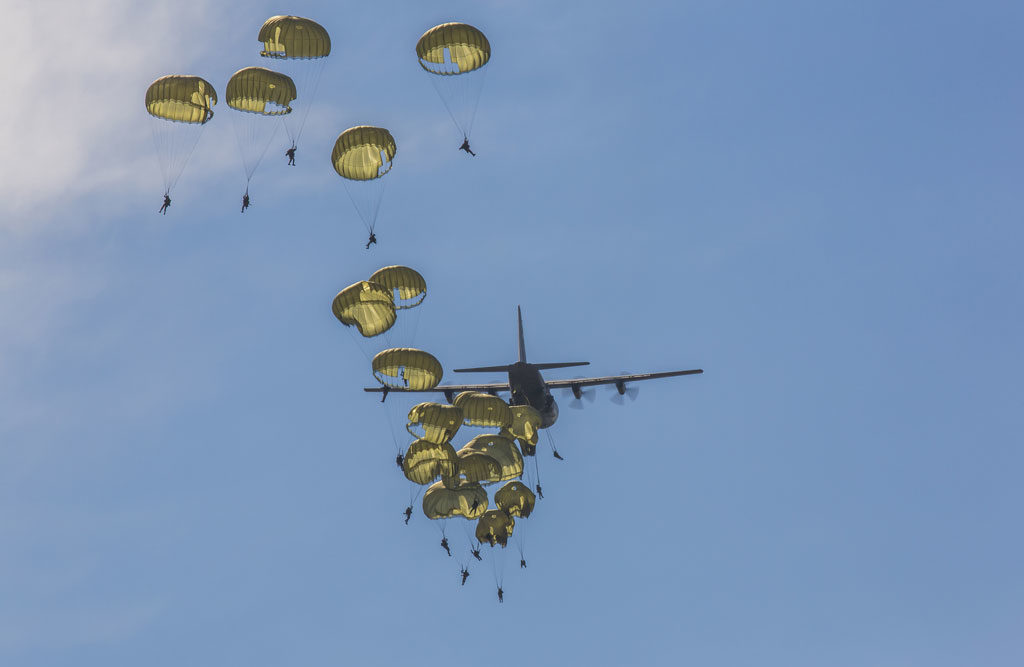 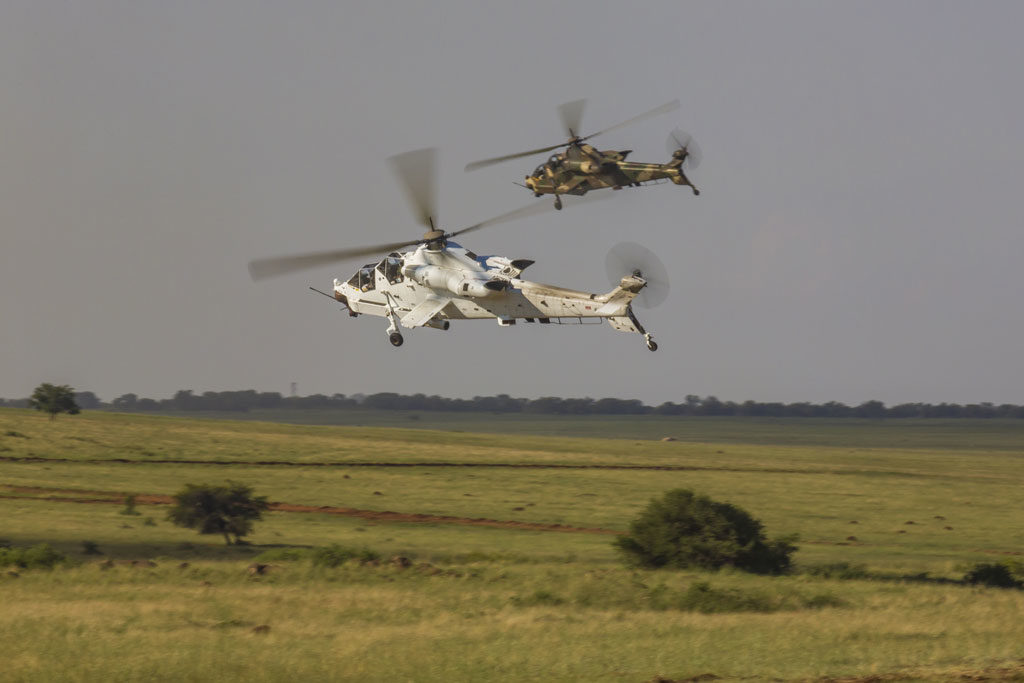 In late afternoon, the Rooivalk helicopters once again showed off their firepower against “enemy” ground forces, using 70mm rockets and chin-mounted 20mm cannon.  One of the aircraft was still painted white, designating its service in the force intervention brigade (FIB), part of the UN’s peace support operations in Africa.  Their display ended with a spectacular release of flares in the clear night sky. 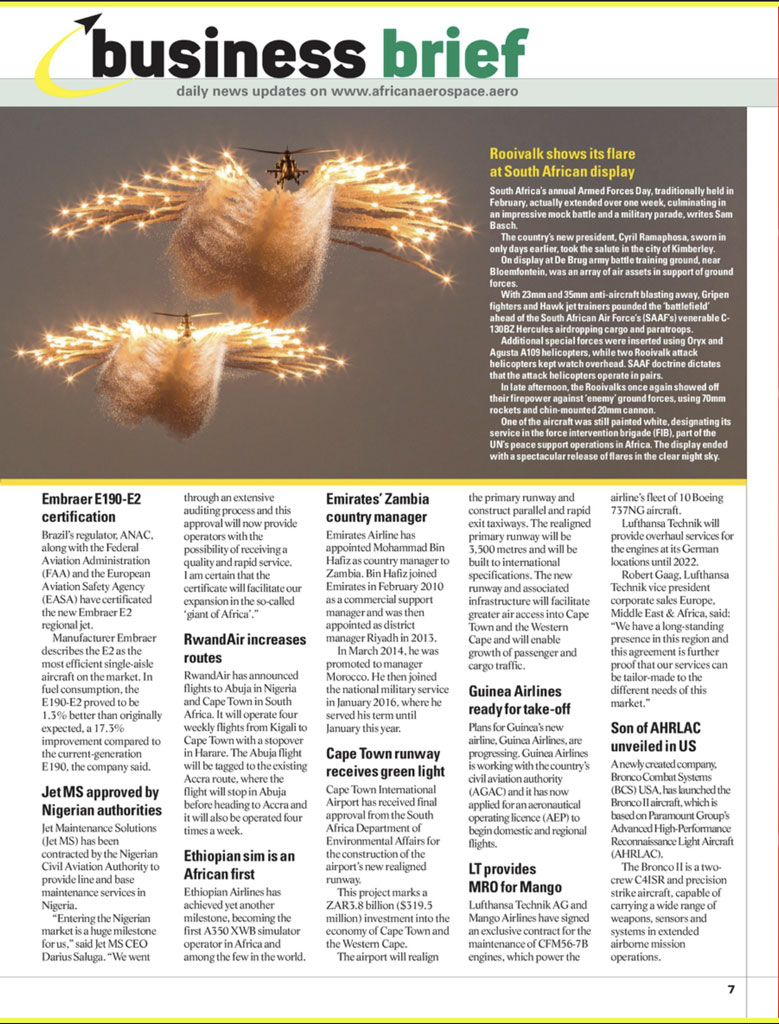